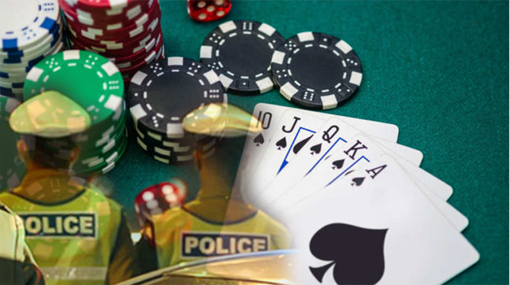 Two policemen among three have been injured in a clash during a raid at Dodangoda, Kalutara today (16), Ada Derana correspondent said.

The incident had taken place when the police officers raided a gambling den in the area.

The three police officers had set off on a raid at around 12.30 p.m. this afternoon (16) to bust an illicit liquor racket when they received information on a gambling den.

They had managed to arrest one person at the gambling den, however, a disagreement had arisen with several residents of the area as the police officers tried to seize a suspicious motorcycle parked on the roadside.

As the dispute escalated, the villagers have attacked the police officers with stones.

A Sub-Inspector and a Police Constable had sustained injuries in the incident. They were subsequently admitted to the General Hospital Nagoda.

Dodangoda Police is conducting further investigations on the matter.