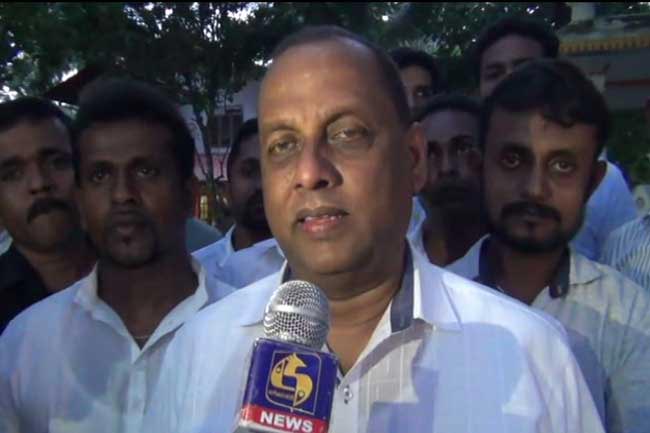 The Sri Lanka Podujana Peramuna (SLPP) has informed the Sri Lanka Freedom Party (SLFP) that they would not declare a presidential candidate without the concurrence of the SLFP, stated United People’s Freedom Alliance (UPFA) General Secretary MP Mahinda Amaraweera.

He mentioned this responding to the questions posed by media personnel in Hambantota, yesterday (16).

MP Amaraweera stated that discussions between the 2 parties are still ongoing with regard to the matter.

They hope to come to a conclusion by the end of the month, the parliamentarian further said.