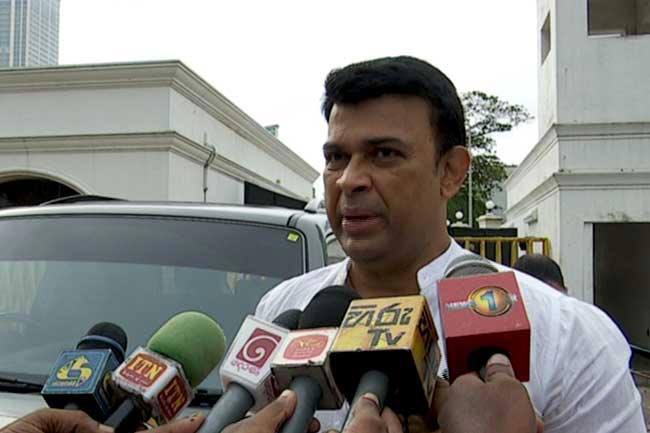 The State Minister says that there is no need for him to apologize as he has not made a statement that would insult the Maha Sangha.

He expressed these views to the media following the meeting with Prime Minister Wickremesinghe.

Meanwhile, the General Secretary of the ‘Sinhala Raavaya’ organization Ven. Magalkande Sudaththa Thero says that State Minister Ranjan Ramanayake should be ousted from his ministerial post and the United National Party (UNP).

A group of Theros from the ‘Ravana Balaya’ organization arrived at the Police headquarters today to request for an expeditious hearing of the complaint against Ranjan Ramanayake with regard to his statement.

Convener of the ‘Ravana Balaya’ organization Ven. Iththaakande Saddhatissa Thero says that Ramanayake is still insulting the Maha Sangha through his Facebook account.

The Thero states that the Police should properly investigate the charges against the State Minister and arrest him.

According to Saddhatissa Thero Ramanayake makes such remarks because he wants to attack the Sasana.

Further speaking, the Thero said that Prime Minister Ranil Wickremesinghe must sack Ramanayake instead of exchanging letters and ‘canoodling’ with him.