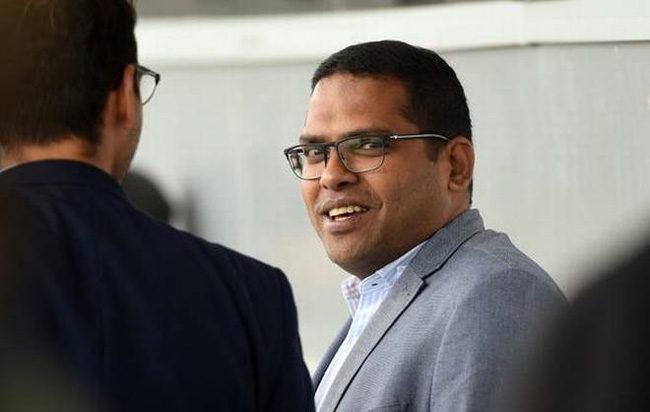 The Minister of Sports, Harin Fernando, has requested Sri Lanka Cricket (SLC) to urge all coaches of the national team to step down following the Bangladesh tour.

The Minister has informed this to the SLC via a letter.

Reportedly, the letter further says that the contracts of the relevant coaches will be reviewed as well.

When Ada Derana inquired the Minister on the matter, he stated that there are many more decisions that have been taken for the development of the game.

“We’re looking at that same line, but we (the board) will see what we can do when we come back. We first need to talk with the minister,” SLC president Shammi Silva, who is presently out of the country, stated when questioned on the minister’s demand.

The move is the most overt instance of government intervention in SLC affairs in recent times, and it remains to be seen how this will impact Sri Lanka’s upcoming series against Bangladesh which is set to start on July 26. Silva doesn’t feel the team will be unduly affected by the news.

“The team has nothing to do with the coaching staff. It only becomes a problem if the players have bonded with the coaches. I don’t think it will affect the tour.”

Sri Lanka’s coaching staff currently consists of head coach Chandika Hathurusingha, batting coach Jon Lewis, and fielding coach Steve Rixon, though according to Silva there is room for some of them to be retained.

Both Rixon and Lewis had joined up with SLC up until the end of the 2019 World Cup, and as such their contracts are up for renewal. Rixon’s impact has been particularly lauded by SLC, as the board is happy with the team’s fielding performance at the World Cup. However, according to Silva, Rixon is not keen to continue in the role.