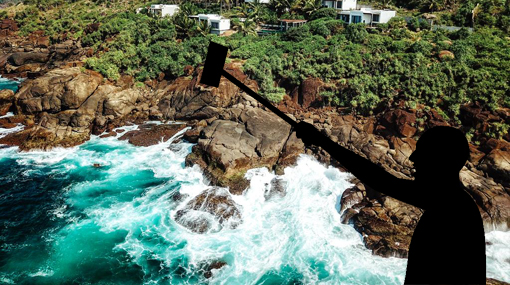 Body of missing youth who fell off Rumassala recovered

The body of one of the youngsters, who was reported missing after falling into the sea while taking selfies at Rumassala in Unawatuna, has been recovered, the Police Media Spokesperson’s office stated.

Sri Lanka Navy personnel assisted to recover the body of one of the two youths who were washed off and reported missing at seas off Rumassala.

Responding to the information given by the Habaraduwa Police about two missing youths who had attempted to take photos at the Rumassala beach area, a team of divers attached to the Southern Naval Command was dispatched to the location by the Navy and the navy divers engaged in the search mission over the past few days.

Accordingly, one dead body which was floating in the seas was found by naval divers and they brought it ashore. The dead body was handed over to Habaraduwa Police for onward action, the navy said.

On Tuesday (16), four youths had fallen off Rumassala and two of the youths were rescued while the other two were reported missing.

However, the Navy divers managed to recover the remains of one of the missing youths, while operations are continuing to recover the other youth’s body.

It is reported that the remains are currently placed at the Karapitiya Teaching Hospital.

Habaraduwa Police is carrying out further investigations on the matter.