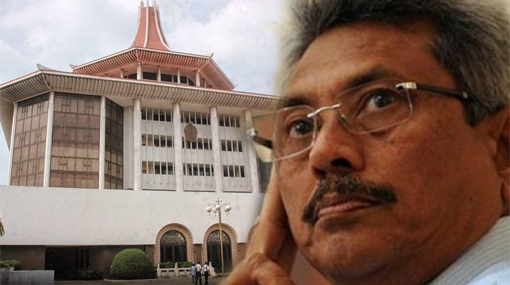 It is apt to revise the indictments filed against former Defence Secretary Gotabaya Rajapaksa if they are in a state of being revised, the Supreme Court told the Attorney General.

The Attorney General had filed indictments with the Permanent High Court-at-Bar against Gotabaya Rajapaksa, accusing him of misusing state funds when constructing the D.A. Rajapakse museum in Hambantota.

Rajapaksa’s attorneys had submitted an appeal to Permanent High Court-At-Bar seeking to amend the indictments against their client, however, it was rejected by the court.

Meanwhile, the former Defence Secretary’s attorneys once again filed an appeal with the Supreme Court against it.

Speaking on behalf of the former Defence Secretary, President’s Counsel Ali Sabry told the court that two of conspiracy charges are in the indictment filed against his client and that it is against the law.

Hence, Justice Sisira de Abrew told Additional Solicitor General Priyantha Nawana, who appeared on behalf of the Attorney General, that it is apt to revise the indictment filed with the Special High Court, if necessary.

Justice Sisira de Abrew pointed out that the defendant of a case should have a comprehensive understanding of the charges laid against him.

The five-judge bench subsequently moved considering the appeal to November 9th and ordered the prosecution and the defence to present submissions in this regard on that day.

The case was filed by the Attorney General alleging that former Defence Secretary Gotabaya Rajapaksa and six others for misappropriating state funds accumulating to Rs 33.9 million during the construction of D.A. Rajapaksa Museum at Medamulana area in Hambantota.