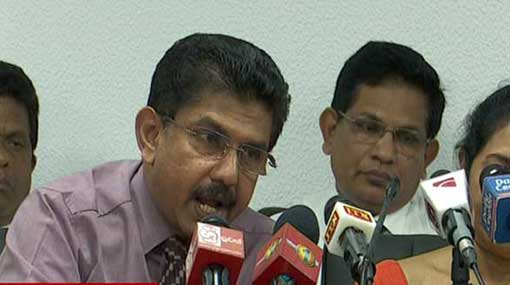 No patients of Dr. Shafi have come forward for tests in sterilization case  Health Ministry

The Ministry of Health says that although the facilities were increased at the Castle Street Hospital for Women and the De Soysa Maternity Hospital to carry out the medical tests on the women who have accused Dr. Mohamed Shafi, so far no mothers have come forward to undergo the tests.

Dr. Shafi, who was attached to the Kurunegala Teaching Hospital, was arrested for allegedly amassing assets through suspicious means and has also been accused of performing illegal sterilization surgeries.

Director General of Health Services Dr. Anil Jasinghe, speaking to reporters today, said that around 30,000 cesarean surgeries have been performed at the Kurunegala Teaching Hospital and that under these circumstances these medical tests are complex procedures that take some time.

He said that the facilities at the Castle Street Hospital for Women and the De Soysa Maternity Hospital were increased to accommodate the mothers who have made the complaints, but so far no such patients have come forward.