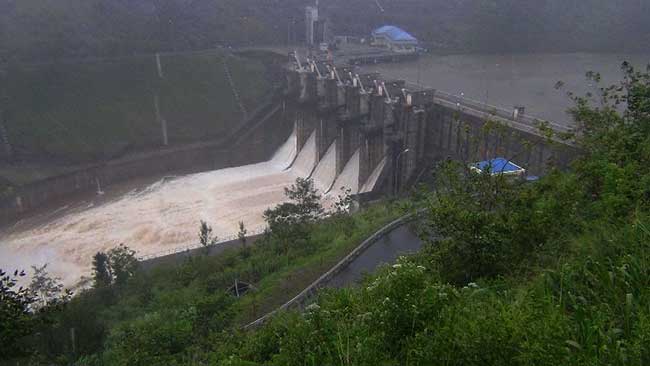 Five spill gates of the Upper Kotamale Reservoir have been opened due to the heavy rainfall being experienced in the central mountain region of the country since this morning (18).

Ada Derana reporter said the water pressure of Devon Falls has also increased as a result of the opening of the spill gates.

The water level of the Kotmale Oya has also increased and the Nuwara Eliya District Disaster Management Unit requests the people using water from the Oya to remain vigilent.

Water level of St. Clair’s Falls has also increased due to the heavy rainfall while several lowlands have been flooded due to continuous showers falling on the western slope of the central mountains.