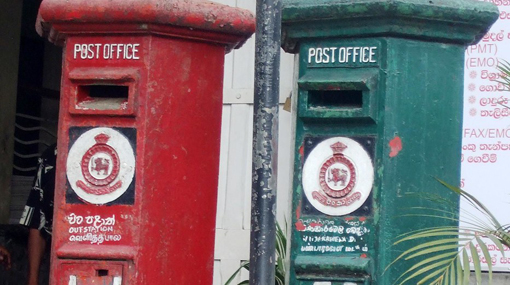 Accordingly, the postal workers yesterday (18) decided to end the two-day token strike commenced on Tuesday (16), the Convenor of the union Chinthaka Bandara said.

The duo has given a written assurance on providing solutions for the demands of the postal workers, the convenor of the Joint Postal Trade Union Alliance commented further.

The postal trade unions commenced the token strike stating that recruitment, promotions, and salaries are lost under the Recruitment Procedure implemented in accordance with 6/2006 Salary Circular and the postal administration and the government has been pressuring 26,000 postal employees for 13 years.