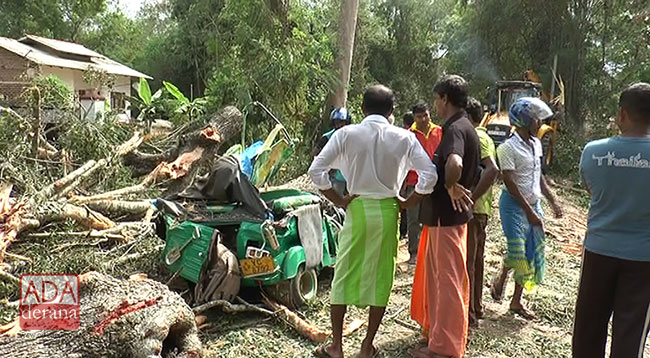 Woman and 2 girls dead after tree falls on three-wheeler

A woman and two children have been killed after a tree fell on top of a three-wheeler at Sooriyawewa today (19).

Police said that a mother, her young daughter and another small girl were inside the parked three-wheeler when a tree had fallen on top of it due to inclement weather conditions at Karyala Mawatha, Sooriyawewa.

They were immediately removed from the vehicle and rushed to the Sooriyawewa Hospital, however all three of them were pronounced dead on admission.

The incident had occurred at around 1.45pm today while the deceased are residents of Sooriyawewa.

The bodies have been placed at the Sooriyawewa Hospital while the postmortem examination is to be carried out today.