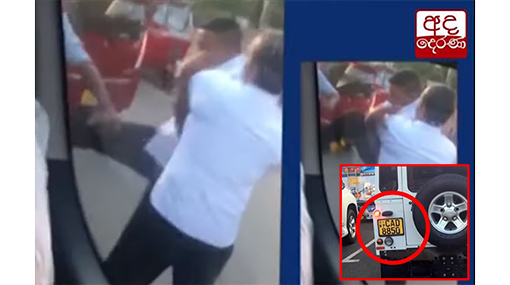 Another suspect surrenders over attack on van in Kalagedihena

A third suspect has been arrested in connection with the incident where several VIP security personnel had attacked a van on the Colombo-Kandy road at Kalagedihena, after he surrendered to the Colombo Crimes Division (CCD) this morning.

The arrested suspect has been identified as Marcus Peter Ruwan, 26, a resident of Kalutara.

Meanwhile police yesterday found the Defender vehicle, involved in the attack, at a residence in Maharagama.

The driver of the Defender and another individual were arrested after the duo surrendered to CCD. They were identified as a 45-year-old and a 32-year-old from Mathugama and Polonnaruwa.

The Acting Inspector General of Police (IGP) Chandana Wickremaratne yesterday (19) directed the CCD to investigate into the incident.