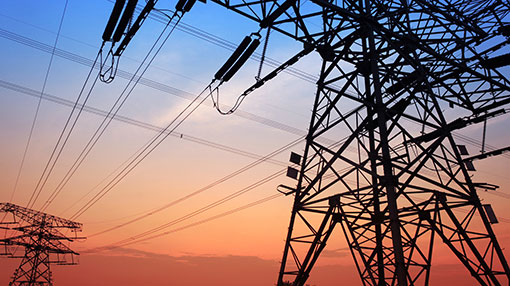 Overhead cables to transmit power from TN to Sri Lanka

Power supply from Tamil Nadu to Sri Lanka would happen only through overhead cables and not through cables laid along the seabed, said state power minister P Thangamani in Tamil Nadu assembly on Friday.

He said the technical committee of the project had opined that it was not feasible to have cables laid along the seabed, because for doing that, a cable factory should be set up at Rameswaram and the cables should be taken across the seas by ship. It was not possible and hence only overhead cables would be laid, he said. The project was envisaged way back in 2008, but has not yet taken off.

An initial report prepared by the Power Grid Corporation of India had pegged the cost of laying cables along sea bed at Indian Rupees 2,292 crore and it was to be completed in 42 months. Power was to be transmitted from Madurai in Tamil Nadu to Anuradhapura in Sri Lanka.

“The technical committee set up by the Centre has said that it is not feasible to lay cables along the seabed to transmit power from India to Sri Lanka. The committee has recommended overhead cables for the purpose. We received the committee’s report only a few days ago,” said Thangamani. Moreover, the cost of transmitting power using seabed cables would be more than that of erecting towers and laying overhead cables, he said.

The proposal in 2008 was to exchange 500MW power between India and Sri Lanka. At present India and Bhutan are exchanging power. India is supplying power to Nepal as well.

A Power Grid Corporation official said some technical and non-technical issues for laying cables to Lanka were yet to be sorted out. The corporation has estimated the project to cost Indian Rupees 3,000 crore now.

The official said a series of meetings between Power Grid Corporation and Ceylon Electricity Board have taken place. Power Grid Corporation has already conducted a feasibility study and the joint steering committee is currently evaluating the project. A task force has also been formed to study the feasibility report and put forth its recommendations to the joint steering committee.