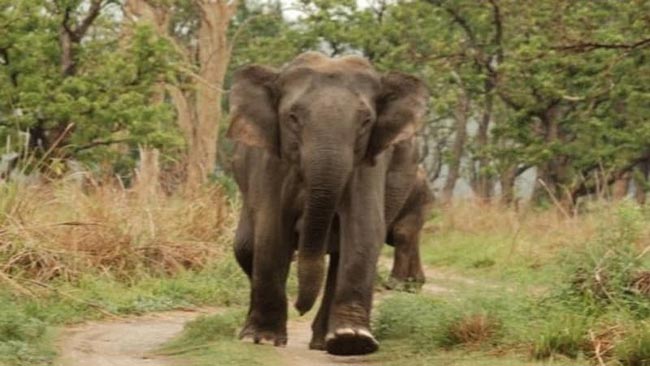 A person has suffered injuries in an attack by an elephant when he was attempting to flee from police arrest.

Based on a tip-off, Na Ula Police officials had raided an illegal gem mine in the Amban Ganga area, today (21), when the miners had fled the area to escape arrest.

However, one of the miners had been attacked by a wild elephant while fleeing, stated the Police.

The injured person has been identified as a 47-year-old resident of Rajawela, Konegahawela.

He has been admitted to the Dambulla Base Hospital for treatment.