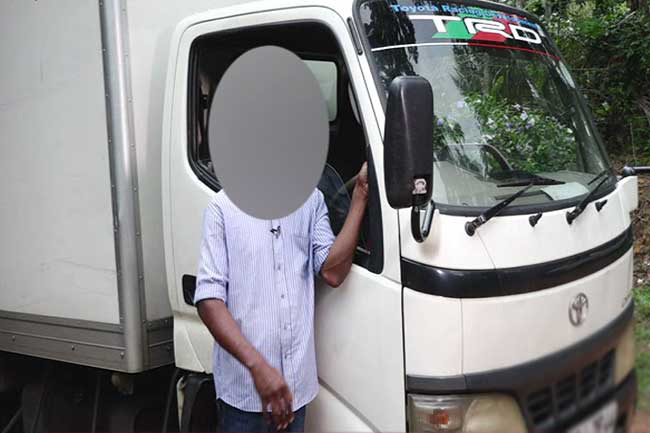 Taxi driver reveals how explosives were transported to Sainthamaruthu

A taxi driver, who assisted the security forces to avoid another possible terror attack after the Easter attacks, shared his experiences with Ada Derana.

Please note that Ada Derana will not be revealing the driver’s identity to ensure his security.

The taxi driver in question had allegedly transported the explosives that were set off at houses in Samanthurai and Nindawur in Sainthamaruthu by a team of terrorists including the father and the brother of Zahran Hashim.

According to the driver, he had been working as a taxi driver for a private vehicle hiring company, which the terrorists had booked for a taxi to transport the explosives to Sainthamaruthu.

The explosives had been transported to Sainthamaruthu from Negombo.

As per the booking, the driver had arrived at the pickup point in Negombo on the 09th April, evening and completes the trip.

On the night of the terror attacks, he finds the persons he transported to Sainthamaruthu suspicious and alerts security forces on them.

Accordingly, on 26th April he directs security forces to the two houses he made the deliveries to, in Samanthurai.

Subsequently, the security forces raid the two houses which result in them setting off the explosives on themselves.

However, the taxi driver has now resigned from his job considering the threat to his life following the events.