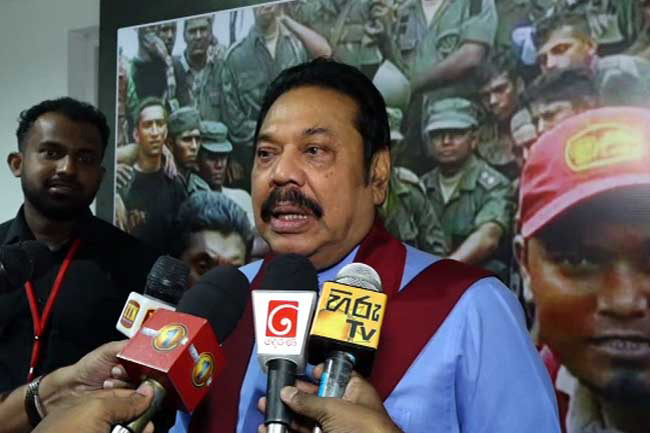 The current fate of the war heroes is very disheartening, stated the Leader of the Opposition Mahinda Rajapaksa.

He mentioned this attending function held for a book launch in Colombo.

Stating that there are many war heroes who are currently imprisoned or being sued, Rajapaksa said that these acts of revenge are done as a show to the world.

When journalist inquired him about the presidential candidate, he stated that names of 5 candidates are circulating and that they will until the 10th August.

Commenting on the statement by MP Vasudeva Nanayakkara that they would not support if the person they prefer isn’t selected to be the presidential candidate, the Opposition Leader stated that MP Nanayakkara too had submitted a name for a possible candidate.