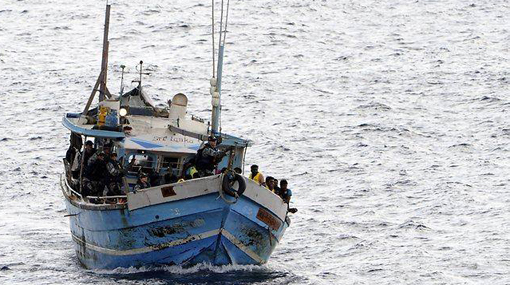 Australia has boarded 20 Sri Lankan asylum seekers, who were detained on Sunday for attempting to illegally reach Australia in a vessel, to send them off to Christmas Island.

An Australian government charter plane carrying failed asylum seekers had left Christmas Island for Colombo, just days after their vessel was intercepted in the Indian Ocean, ‘The Australian’ reported.

The long-range jet had taken off from Christmas Island early this morning (23) to return the detained asylum seekers to Sri Lanka, ‘The Australian’ further said.

According to reports, Australian Home Affairs Minister Peter Dutton has not commented on the departure of the asylum seekers, however, his spokeswoman has stated that the Australian government would send back the detained illegal arrivals.

“In-line with our longstanding and consistent policy, the Government does not comment on operational or intelligence matters,” she has said.

“The Government’s policy is to intercept any vessel seeking to reach Australia illegally and to safely return those on board to their point of departure or country of origin.

“Under Operation Sovereign Borders, potential illegal immigrants have zero chance of getting to Australia illegally by boat.”

During the sustained wave of asylum boat arrivals under Australian Labour Party, Sri Lankan illegal migrants typically did not engage people-smugglers in Indonesia as the majority of asylum-seekers did, ‘The Australian’ continued.

Between 2008 and 2013, when more than 50,000 people reached Australia by boat seeking asylum, it often took just three days for asylum boats to reach Christmas Island. However, many Sri Lankans who reached Christmas Island seeking asylum during that time had travelled by boat almost 3500km from their homeland, the news report said further.

-With excerpts from agencies