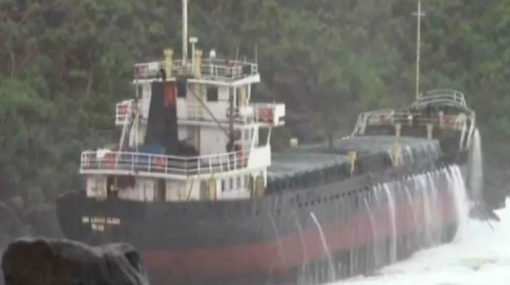 Removing fuel from the cargo vessel ‘Sri Lanka Glory’, which was in distress off Rumassala coast recently due to gusty winds, has reached the final phase.

The Marine Environment Protection Authority (or MEPA) stated that the agent of the agent has been informed to take preliminary measures to remove the vessel from where it is anchored at present.

Deputy General Manager of MEPA Jagath Gunasekara stated that fuel is currently being pumped to the tanks on the beach.

He added that nearly 12 metric tonnes of fuel have been removed from the vessel so far.

Commenting on the matter, Assistant Director of the Wildlife Conservation Department W.A.A.D.U. Indrajith stated that the area surrounding the site of the accident is a sanctuary.

Speaking further, he stressed that expedite action must be taken with regard to the relevant vessel as the aftermath of the accident can put sensitive maritime life in the area including the Bonavista coral reef at risk.

However, no apparent damages have been caused to the coral reef owing to the accident, he added.