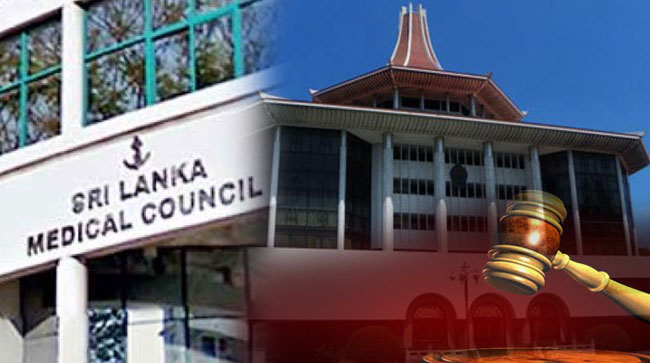 The Supreme Court today ordered the Sri Lanka Medical Council (SLMC) to register students with medical degrees from recognised foreign universities and who have passed the SLMC examination, for medical profession in Sri Lanka.

The directive was issued by a three-judge bench comprising Justices Prasanna Jayawardena, L.T.B. Dehideniya and Murdu Fernando, delivering the verdict in the Fundamental Rights (FR) petition filed by 16 students who have obtained medical degrees from recognised foreign universities.

The petitioners stated that the Sri Lanka Medical Council (SLMC) has refused to register them to practice medicine in the country despite the fact that they have obtained medical degrees from recognised foreign medical universities.

The petitioners had requested the Supreme Court to deliver a verdict stating that their fundamental rights had been violated through this and also to order the SLMC to register them for the medical professions in the country.