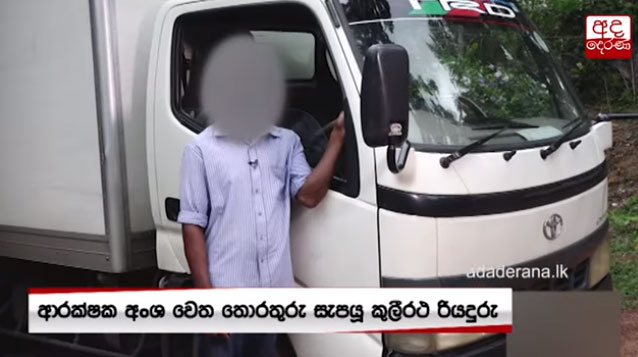 Acting IGP C.D. Wickramaratne has decided to provide a reward of Rs 5 million to the individual who had provided the information which led to the discovery of explosives at two safe houses in Samanthurai used by the terrorists responsible for the Easter Sunday attacks.

Ada Derana recently revealed to the public the story about a lorry driver who assisted the security forces to avoid any possible further attacks in the aftermath of the suicide bombings on April 21, by providing them with the crucial information on two houses used to store explosives and other material by the terrorists.

Sri Lanka Police today said that the attention of the Police Headquarters had been drawn to the individual’s comments on the media and the fact that his efforts have not been properly appreciated.

A statement issued by the Police Spokesman stated that the individual in question had provided two pieces of successful information to the police.

Considering the success of the information provided by him, the Acting IGP has approved to give his Rs 5 million in reward money, Rs 2.5 million for each piece of information, the release said.