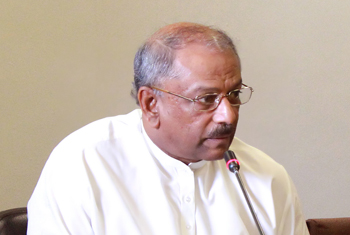 The government is in an attempt to table a Bill in the Parliament to revoke the labour rules in the country, says MP Dinesh Gunawardena.

The parliamentarian stated this addressing a conference held in Kottawa area.

The relevant Bill will grant permission to perform contract services in any manner, prohibit the right of the trade unions to go to labour courts and suspend the Employees’ Provident Fund, MP Gunawardena pointed out.

If this Bill is passed, the government will be able to take out the funds of the Employees’ Provident Fund and invest them in the market, he added.