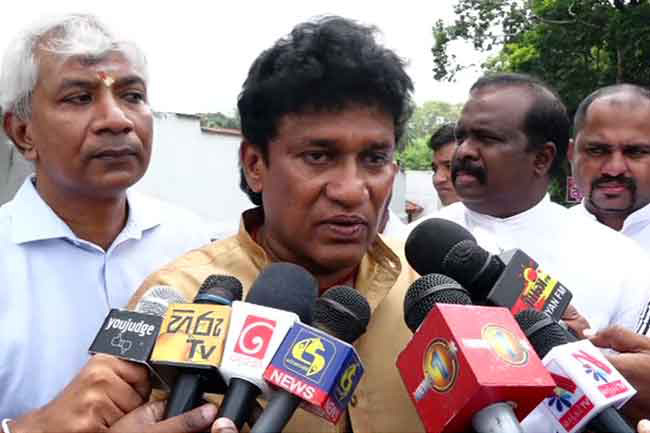 To start a ‘Sri Lankan era’, first, the prisoners who were taken in during the ‘LTTE era’ should be released as appropriate, states Minister Mano Ganesan.

The Minister of National Integration, Official Languages, Social Progress and Hindu Religious Affairs stated this to the media in Colombo, today (23).

Looking back at the history of the country, the time period after the ‘80s were the ‘JVP era’, and then it was the ‘LTTE era’ until 2009, according to the Minister. Currently, it is the ‘Zahran era’, and this too should be ended, he added.

However, before that, the prisoners arrested during the ‘LTTE era’ must be released at some level, he said.

Ganesan pointed out that, all those who were arrested during the ‘JVP era’ was released before taking in prisoners during the ‘LTTE era’.

Stating that now a ‘Sri Lanka era’ should be commenced, the Minister said that everyone should feel that they haven’t been done any injustice.