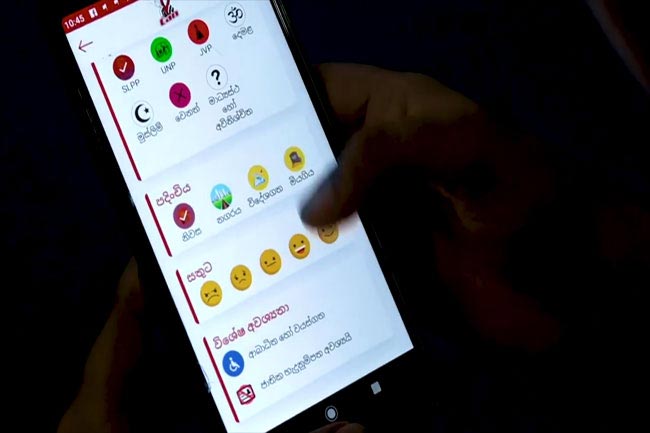 The e-canvassing campaign of the Sri Lanka Podujana Peramuna was continued today (04) for the second consecutive day.

SLPP has introduced e-canvassing in the country for the first time through their election campaign.

Using a mobile app called ‘V-CAN’, the SLPP promoted the party ahead of the upcoming election by visiting numerous houses across the country.

However, party representatives had charged that someone had launched a cyberattack on the ‘V-CAN’ app.