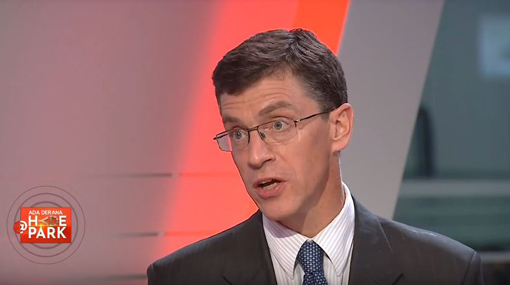 There is a sense of frustration among the citizens of Sri Lanka as the greater progress has not been made in the areas of good governance and transparency, says Outgoing British High Commissioner to Sri Lanka James Dauris.

He stated this joining @HydePark programme on Ada Derana 24, his final interview before bidding farewell to the country.

However, the country has made progress in the areas of peace and reconciliation, he said citing the constitutional changes that were made to establish the Right to Information a fundamental right of the citizens as an example in this regard.

Speaking on the Easter Sunday terror attacks Dauris highlighted the importance of putting in place the structures that allow different agencies in the country to pool the information that they have, in order to lead the decision-makers as well as collaborating with international partners in dealing with modern terrorism.

He added that collaborating with international actors in this regard helps put together the pieces of a reliable and timely picture on the nature of the challenge that a country itself is facing.

Stating that holding elections to timetables is an important part of the democratic process, Dauris raised concerns over the delayed provincial council elections in Sri Lanka.