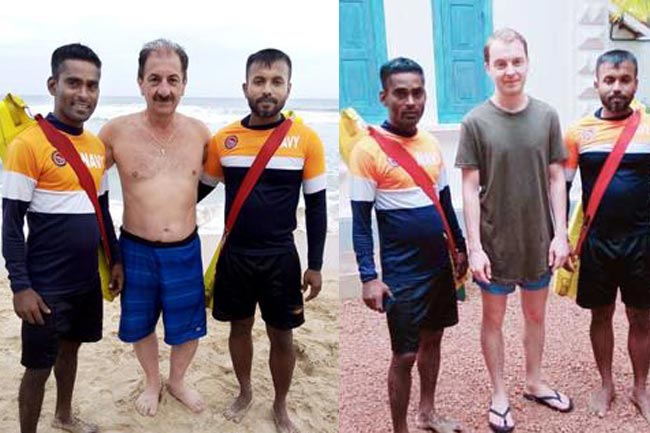 Two foreigners, who had been drowning in the seas off Thalalla in Dondra, were rescued by the lifesavers of the Navy’s Rapid Response Rescue and Relief Unit (4RU), yesterday (12).

A group of foreigners who were on a trip had been bathing in the seas off Thalalla in Dondra when two from the group were swept away by a current, stated Sri Lanka Navy.

However, Navy’s 4RU team, who had been deployed for the safety of devotees for the annual festival of Dondra temple, promptly rescued the drowning foreigners and brought them safely ashore.

Rescued persons are Russians males, aged 28 and 47, stated the Navy.