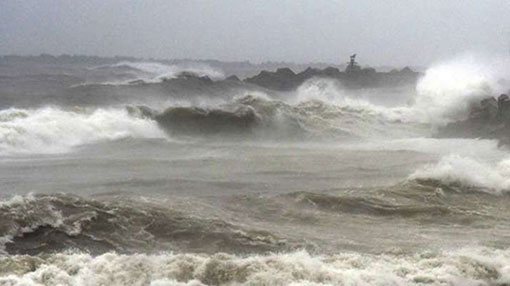 The Department of Meteorology has issued an updated warning for strong winds over the country and in the sea areas around the island.

It said there is a possibility for sudden increase of wind speed up to 70-80 kmph over the island particularly in Western, Southern, Sabaragamuwa, North-Central, North-western, Northern and Central provinces and in Trincomalee district after 2.00p.m.

Coastal hutment dwellers are advised to be vigilant in this regard.

There is a high possibility for sudden increase of wind speed up to (70-80) kmph and seas can be very rough in the sea areas extending from Pottuvil to Trincomalee via Hambanthota, Colombo, Puttalam and Kankasanturai.

Fishermen are informed that it is dangerous to venture into the above sea areas, the Met. Department said.

Temporarily strong gusty winds and rough seas can be expected during thundershowers too.