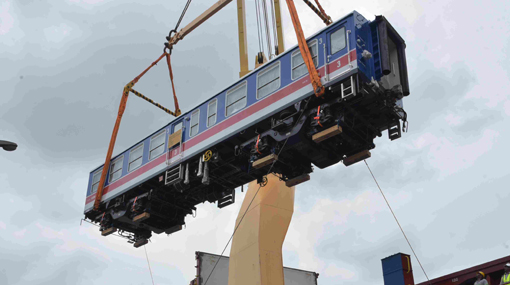 Class S-14 train to set off on upcountry railway line

Class S-14 train power-set imported from China has been unloaded at the Colombo Port today (13).

This train worth USD 10.3 million (Rs 1839.5 million) is specifically designed to operate on the upcountry railway line, the Ministry of Transport and Civil Aviation said issuing a release.

The Transport and Civil Aviation Ministry decided to import this specifically designed train from China as the steep hills and bends along the upcountry railway line has become a challenge to run trains on the track.

Nine more of Class S-14 train power-sets are to be imported to Sri Lanka in the future, the ministry said further.