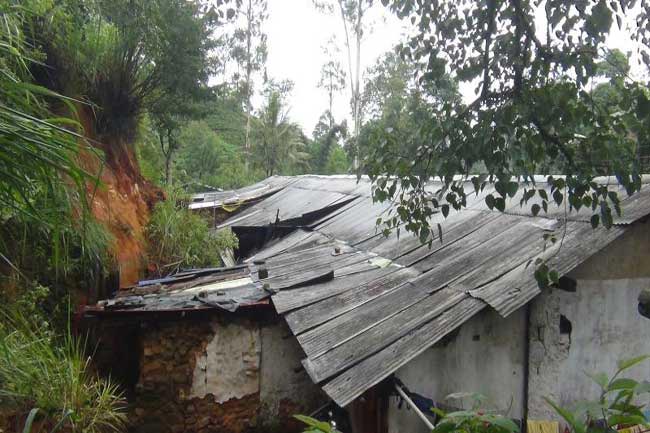 A total of 59 residents of 10 homes have been evacuated from the New Valley Bungalow area in Norwood over landslides risks.

Three houses have also suffered damages from an earth slip due to the prevailing heavy rainfall, stated the Police.

Accordingly, steps have been taken to evacuate residents of 10 houses that are at risk of experiencing landslides and escort them to safe shelters.

No casualties have been reported from the relevant landslide, the police media spokesman’s office said.