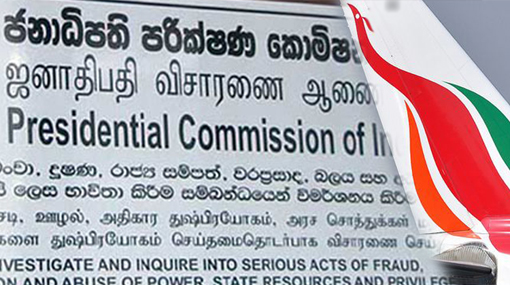 Former Chairman of SriLankan Airlines Ajith Dias is set to record a statement with the Presidential Commission of Inquiry today (15) with regard to a complaint lodged over allegedly stockpiling paddy at Mattala International Airport and causing losses to state institutions.

Dias has been summoned to the police unit of the Presidential Commission of inquiry probing the allegations of corruption and malpractices in the government.

Meanwhile, Mineral Geologist K.M.K. Amarasena is due to appear before the Presidential Commission of Inquiry over an allegation on illegally exporting gold-mixed soil from gold mines in the country.

The commission will also hear two other complaints against the distribution of vouchers to students instead of school uniform materials and Ceylon Electricity Board.