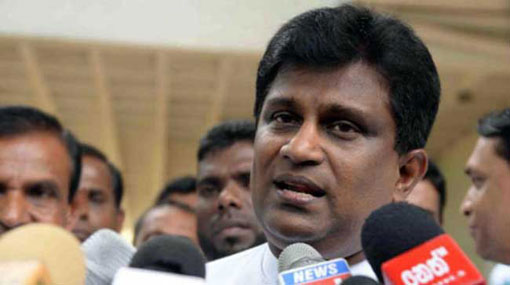 The United National Party (UNP) cannot win an election with only the support of the Colombo elite and that is the reasons why the party should field deputy leader Sajith Premadasa as its presidential candidate, says Minister Ajith P. Perera.

The Sri Lanka Podujana Peramuna (SLPP) on Sunday picked former Defence Secretary Gotabaya Rajapaksa as their presidential candidate while the UNP and the Sri Lanka Freedom Party (SLFP) are yet to announce their respective candidates.

“Though he is western-educated, Sajith Premadasa is very grounded and has a connect with ordinary citizens in a way that no other UNP leader has.”

“We can’t win an election with just the Colombo elite supporting us,” said Perera, a staunch Premadasa backer.

“A majority of our MPs is with him, and a majority of our working committee members want him to contest. Backbenchers have also decided to support him,” he told The Hindu.

“He [Mr. Premadasa] is substance-less,” the Minister, requesting anonymity, was quoted as saying by The Hindu.