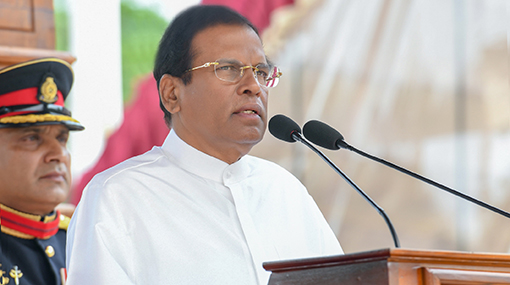 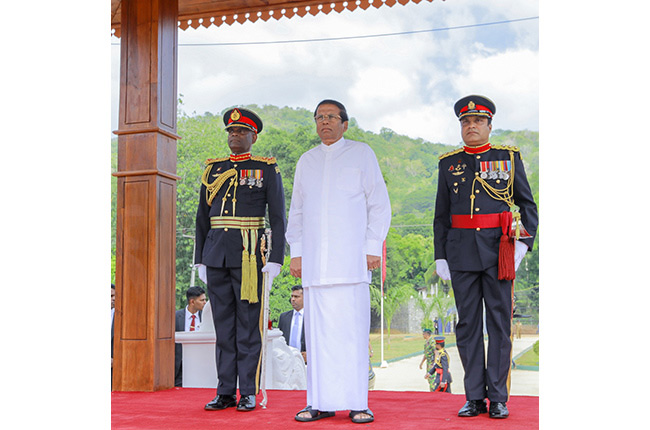 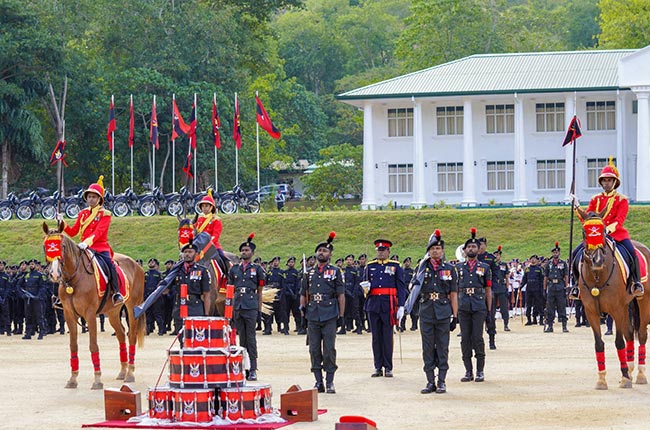 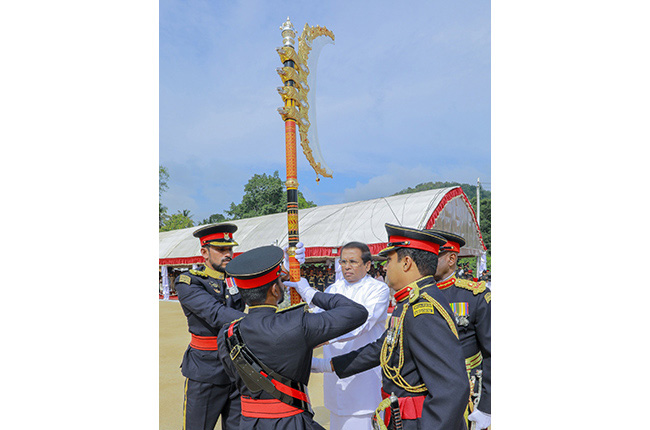 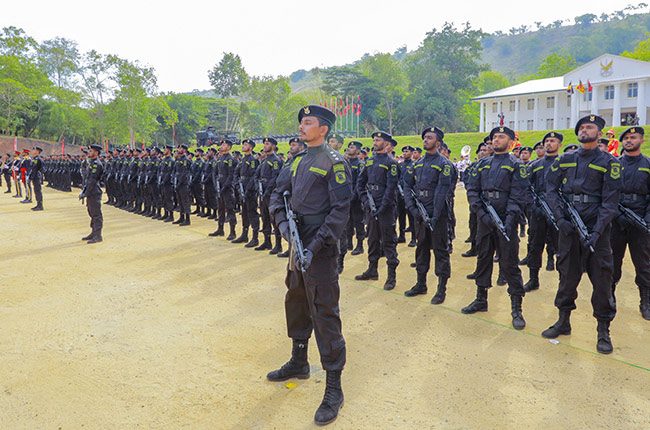 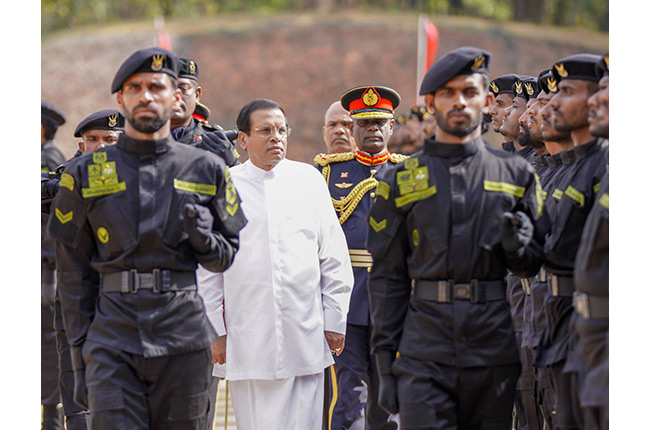 President Maithripala Sirisena has requested everyone to refrain from making statements which are detrimental to the national security of the country.

He made these remarks participating in a ceremony to bestow ‘Rana Parashuwa’ and the ‘Regimental Rana Purashuwa’ to the Sri Lanka Army Special Forces to mark the presentation of the President’s and Regimental Colours, today (16), the President’s Media Division said in a release.

Addressing the gathering President has further said that no one should make statements that would endanger the future of the Motherland as well as the nation to achieve narrow political gains.

President Sirisena extending his gratitude to the security forces for their contribution to protect the national security, independence and democracy of the country said that the entire nation is indebted to them for their service.

The President said that no one could be allowed to underestimate their invaluable service to achieve degraded political interests adding that he was deeply saddened to hear statements made by certain persons, who have led the army, disguised under narrow political agendas.

The government has ensured country’s national security to the topmost level, jointly with the security forces, the President said adding that there is no room in Sri Lanka for any acts of terrorism.

President Sirisena as the Commander-in-Chief of the Armed Forces was warmly welcomed when he arrived at the Regimental Headquarters, Naula, the PMD reported.

The President has paid floral tributes to the War Heroes Memorial in the premises. This is the first time in the history that the Pauranika Rana Parashu award was awarded as the symbol of heroism, the PMD said.

Special Presidential Rana Parishu Award and Regimental War Hero Award are great honor for the Special Forces that can be used whenever a color regiment is used to commemorate the invaluable service rendered by the Special Forces.

Meanwhile, the headquarters building of the Special Forces Regiment Center was declared open by the President Sirisena today, the PMD said further.

President has also unveiled the commemorative plaque and opened the office, the PMD’s release continued.

Sectary General of Defence Major General Shantha Kottegoda and Head of the Security Council, Commanders of the Armed Forces, Colonel Chandimal Peiris, Commander-in-Chief of Special Forces and Chiefs of the Army were also present at this occasion.