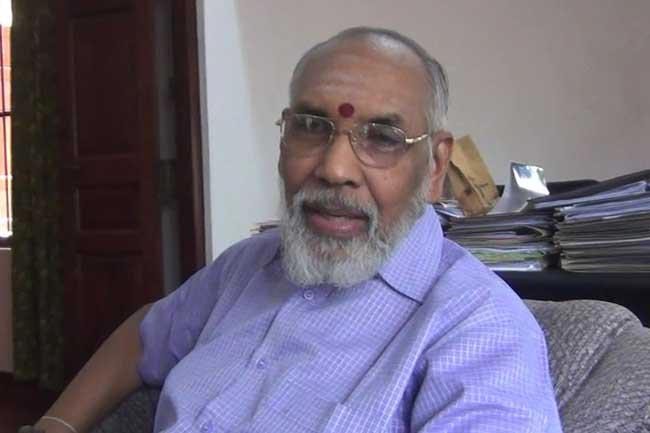 Former Chief Minister of Northern Province C. V. Wigneswaran says that a true Tamil would not vote for Gotabaya Rajapaksa at the upcoming Presidential election.

He mentioned this speaking to journalists in Jaffna, today (17).

He says, “No true Tamil would vote for Gotabaya. He has several court cases filed against him. I have no idea why Mahinda Rajapaksa nominated him”.

According to Wigneswaran, Gotabaya coming into power will prove a dark age for the Tamil people.

“He is in the stance that this is a Sinhalese Buddhist country. He will do any violent deed to consolidate this. He isn’t a person who thinks democratically”, he added.

Stating that he has never told anyone to vote for Gotabaya, the former Chief Minister said that his stance is that Gotabaya shouldn’t be supported [at the election].