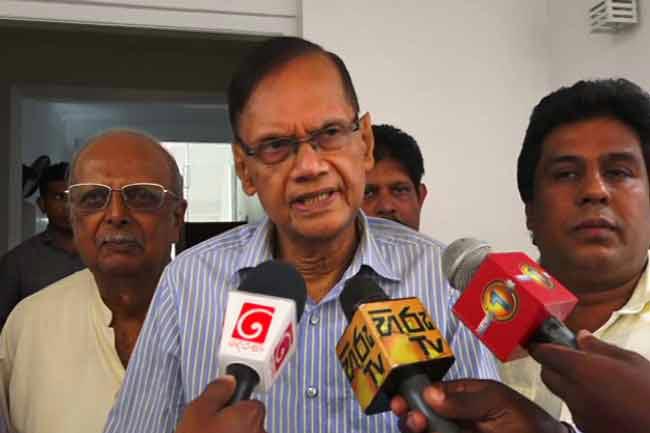 He also said that President Maithripala Sirisena’s comments make clear the extent to which he is pressurized by giving the United National Party (UNP) a government.

Speaking to the media, Prof. G. L. Peiris stated that all parties of the Joint Opposition discussed forming an alliance.

He said that the constitution of the possible coalition was prepared today with the agreement of all parties.

He further stated that all the parties have decided to meet again next Tuesday and continue this plan.

Peiris said that discussions with the SLFP are also underway and that he is very optimistic about them.