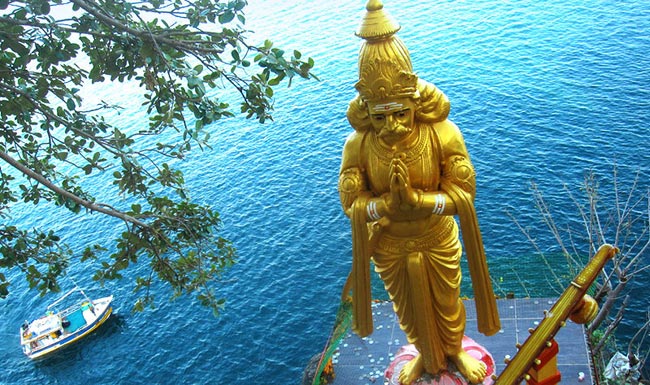 To attract more tourists from India, the Sri Lankan government launched a Ramayana tourism circuit, which will link all temples and caves in the country associated with the Hindu epic.

Amartunga said tourists from India visiting Sri Lanka will be provided with free visas. Also, Sri Lanka has introduced a 50 percent discount on hotel packages with effect from August 1 for Indian tourists and also brought down ground handling charges in airports.

According to the Minister, Sri Lanka today, has the highest number of concessions for its guests.     “Free visa programs have been announced to encourage tourists from India. Sri Lanka, for some time now, was not being considered by tourists from South India owing to internal problems. However, the situation has changed. Our country is now a safe destination,” he said. The Minister said new policies which were being introduced were part of a larger plan to revive the tourism industry.

Since the Tamil Nadu government has also given the green signal to operate ferry service to Rameshwaram in Tamil Nadu from Thalaimannar in Sri Lanka, Sri Lankan authorities will soon kick off the project. The ferry service is expected to be launched by the end of this year after finalizing procedures with the Indian government.

The event was organized by Federation of Indian Chambers of Commerce (FICCI) along with Sri Lankan Tourism Bureau and Spice Land Holidays Group.

The Indian government had also launched the Ramayana circuit in June this year and is one of the fifteen thematic circuits identified for development under Swadesh Darshan Scheme.