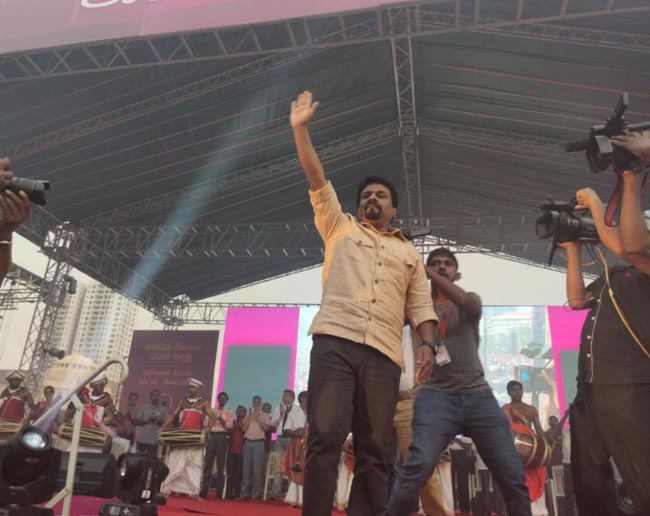 Janatha Vimukthi Peramuna (JVP) Leader Anura Kumara Dissanayake has been named the presidential candidate of the ‘National People’s Power’ led by the JVP.

This was officially announced at a rally held at the Galle Face Green this afternoon (18). Under the leadership of the JVP, 28 other political and civil organizations were to nominate a candidate at the rally.

This is the first time the JVP has nominated a presidential candidate in 20 years.