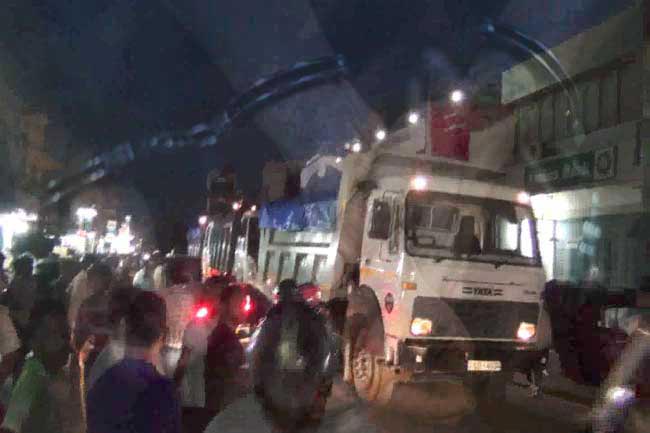 Three arrested over attack on tippers carrying garbage to Aruwakkalu

Three suspects have been arrested for allegedly assaulting tipper trucks transporting garbage from Colombo to Aruvakkalu.

The attack had taken place around 1 am this morning (19) on the Puttalam - Mannar road, stated Ada Derana reporter.

Three tipper vehicles have been stoned which has incurred damages to the doors on the left-hand side of the vehicles.

Acting on the incident, police have taken 3 persons into custody as suspects.

There have been protests against tipper trucks transporting garbage from Colombo to Aruvakkalu on several previous occasions.