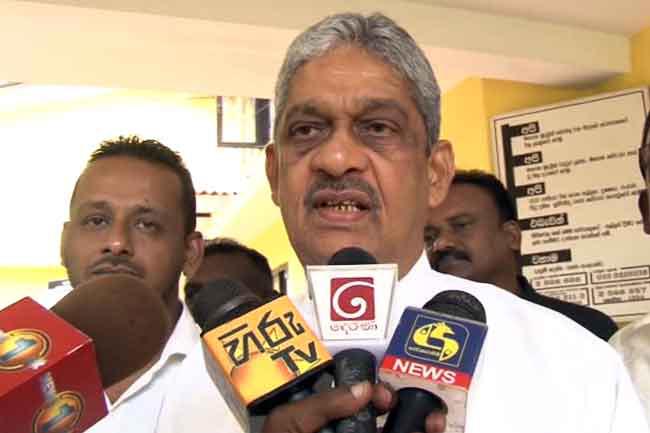 Field Marshall Sarath Fonseka says that the United National Party (UNP) must appoint a candidate by thinking of the country to win the upcoming presidential election.

He expressed these views speaking to the media in Gampaha today (19).

Stating that the UNP has a party leader and party policies, Fonseka said that the candidate will be chosen according to them.

The former Army Commander says that he never thought that Gotabaya Rajapaksa was capable of ruling a country.

However, if the UNP nominates ‘a coconut branch or a person who runs his mouth like a cricket’ as the presidential candidate, the party would definitely lose the elections, Fonseka said.

If the UNP nominates an unsuitable person as the candidate, the opposing candidate will definitely win and everything is in the hands of the public, he said.

Pointing out Gotabaya has the votes of his supporters, Fonseka stated that floating votes will decide the winner of the presidential election.