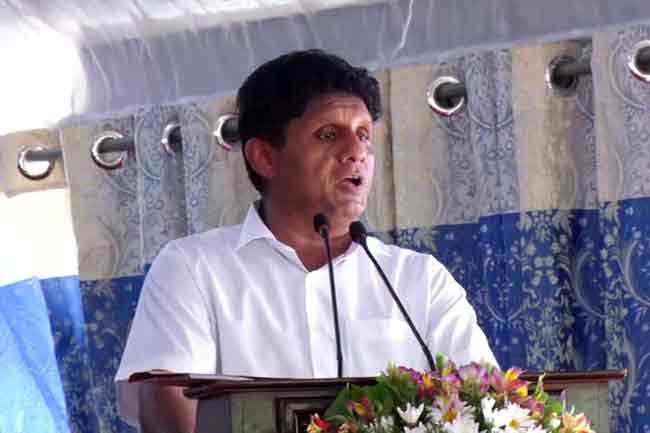 Sajith vows to throw away neo-liberalism

It is necessary to create an economic system where the wealth that is generated within the country is fairly distributed to all communities, stated the Minister of Housing, Construction and Cultural Affairs.

He mentioned this addressing a function held in Dimbulagala, Polonnaruwa.

He questions what would happen to the hundreds of farmers or 95% of the country if neo-liberalism is carried out in the country.

Premadasa stated that he will in the near future throw aside neo-liberal ideals and create a mixed economy that prioritizes entrepreneurship.

He added that he would create a just economic system where the wealth generated from such an economy would be fairly distributed among all people in the country.

He would not let the market forces alone rule the country and destroy it, concluded Premadasa.