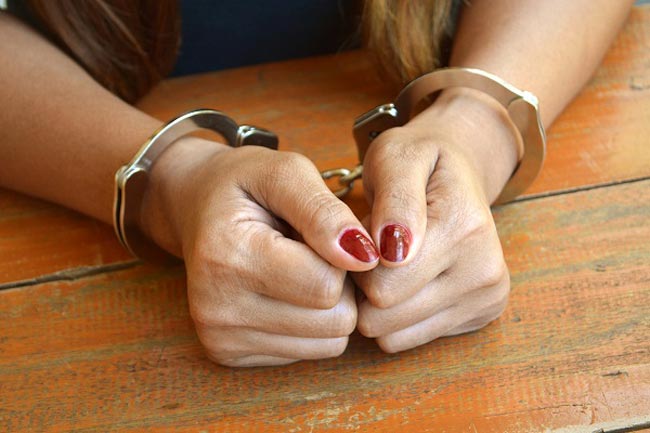 A Wennappuwa Pradeshiya Sabha member has been arrested over a case of obstructing the duties of police officers, stated the Police Media Spokesperson.

The United National Party (UNP) Pradeshiya Sabha member Dulakshi Fernando has been arrested in this manner on a warrant issued by the Marawila Magistrate’s Court, stated the Police.

Two policemen on duty had stopped a motorbike near the Seenor Junction in Wennappuwa at around 5.15 pm last evening (19). However, the female motorcyclist had not had her driving license or other relevant documents with her.

Reportedly, they had obstructed the officers from performing their duties and attempted to take the motorbike and the suspect who had been under police custody.

The incident had been recorded by a police officer present at the scene.

The police had taken both motorbikes into their custody. However, the suspect had fled the scene in the van.

The police had reported the incident to the Marawila Magistrate’s Court when they had been issued arrest warrants for the 4 suspects.

The arrested Pradeshiya Sabha member is 21 years old while the arrested sister is 16 years old.

They are to be produced before the Marawila Magistrate tomorrow (21).

Wennappuwa police are carrying out further investigations to apprehend the other 2 suspects.