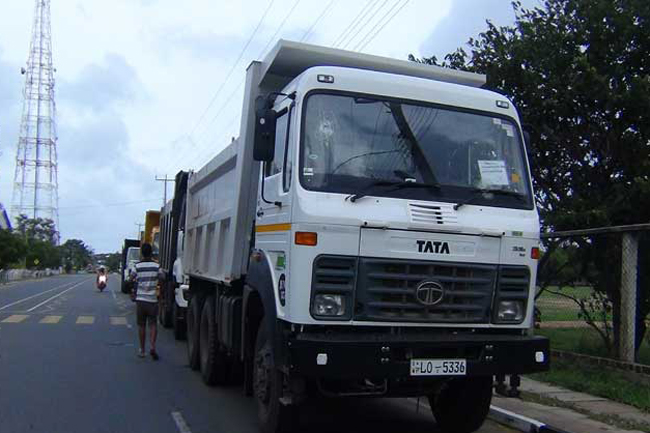 Four tipper trucks transporting garbage from Colombo to Aruwakkalu have come under an attack by a group of unidentified persons.

According to reports, the incident has taken place near the Milepost 4 on old Puttalam-Mannar road early this morning (21).

Twenty-nine tipper trucks carrying waste materials had been en route to the Aruwakkalu garbage dump last night when four of them were attacked.

The tipper truck drivers have told the police that attackers armed with stones and iron rods had made an attempt to drag them out from the vehicles to assault them.

It was reported that the tipper trucks have incurred minor damages. The Police and Army personnel have been deployed to beef up the security in the area.

On the 19th of August, three tipper trucks transporting garbage from Colombo to Aruwakkalu were stoned, incurring damages to the doors on the left-hand side of the vehicles. The incident happened at Manativu area on old Puttalam-Mannar road.

Acting on the incident, the police had taken suspects into custody and produced them before the Puttalam court.