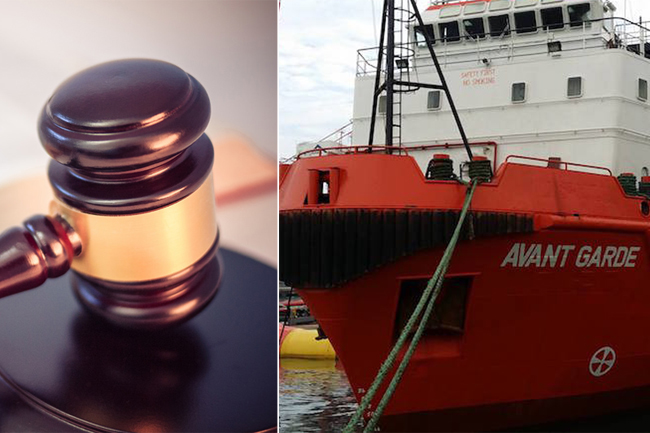 The Attorney General today (21) directed a letter to the Chief Justice requesting the appointment of a Trial-at-Bar in Colombo High Court over MV Avant Garde arms trafficking case involving Nissanka Senadhipathi and 12 others.

Attorney General’s Coordinating Officer State Counsel Nishara Jayaratne said the 13 defendants in the case will be prosecuted under 7573 charges.

The High Court of Colombo has been informed that the 815 automatic fire arms and 202,935 live ammunition rounds, taken into custody from Merchant Shipping Vessel MV Avant Garde by the naval officers on the 6th of October 2015, were in unlawful possession, the Attorney General’s letter said.

Considering the nature of offences, the circumstances relating to the commission of the offences and complex nature of the available evidence, the Attorney General has accordingly requested the Chief Justice to appoint three judges of the High Court for the trial of the accused.

He has further requested the Chief Justice to name one of the three judges as the Chairman of the judge bench.

The 13 accused in the case include: