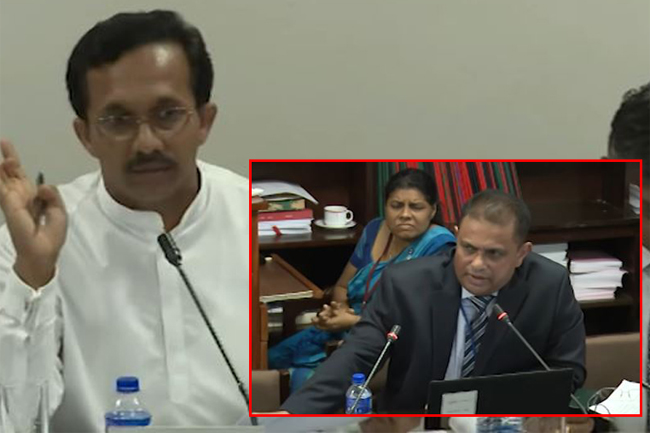 The report presented to Parliament by the Committee on Public Enterprises (COPE) on SriLankan Airlines has pointed out that a direct loss of Rs 17,058 million was incurred when the current government cancelled an agreement to purchase four A350 airbuses signed by the previous government.

Meanwhile, the current financial situation of SriLankan Airlines was probed during the COPE hearing which was opened to the media for the first time.

The board of directors of SriLankan Airlines and the Secretary to the Ministry of Finance appeared for the COPE hearing.

The COPE Chairman Parliamentarian Sunil Handunnetti stated that the outstanding debt of SriLankan Airlines to two state banks and Ceylon Petroleum Corporation (CPC) amounts to Rs 102 billion and inquired about the other state entities that the national carrier is indebted to.

CEO of SriLankan Airlines Vipula Gunatilleka responded that the airline should settle USD 140 million to the CPC, however, they can only repay about USD 50 million.

“We have an issue repaying this due to lease rentals that we have committed to for aircraft acquired in 2013. There are seven aircraft for which we cannot break the lease,” he said.

Secretary to the Finance Ministry, R.H.S. Samaratunga told the COPE that they have two major issues; the first one is someone has to pay this debt off and the second is that even if someone does repay the debt, there should be an investor to maintain the entity.

COPE chairman later gave instructions to collect the money owed to SriLankan Airlines from government institutions including the Presidential Secretariat.