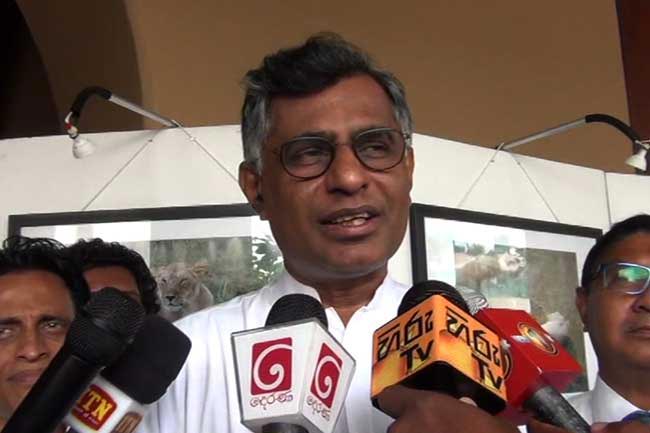 Minister of Megapolis and Western Development Patali Champika Ranawaka says the main responsibility of the succeeding President and the government is to strengthen state finances.

He stated this speaking to the media following an event held in Colombo.

The Minister said that one of the most major problems in the country is the issue of state finances and that, as a result, the country is closing in on bankruptcy.

The main reason behind the risk of bankruptcy is insufficient investing, according to the Minister.

Meanwhile, Ranawaka added that a law on the clothes and the face covering of Muslim females will be implemented in the near future under the Police Act, just as the government amended the Muslim Marriage and Divorce Act.