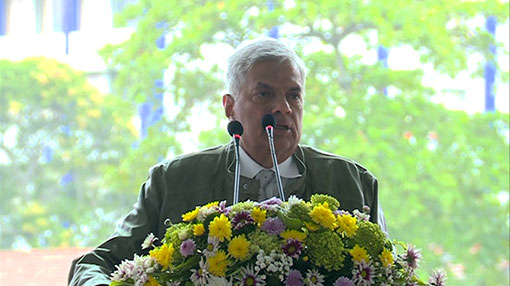 Champika developed Colombo, no matter what others say - PM

Prime Minister Ranil Wickremesinghe says that the government is working towards making Sri Lanka the hub of the Indian Ocean and that the megapolis being planned in the Western Province will be the center of that hub.

Addressing the gathering during the ceremonial launch of the Beira Lake passenger boat service this morning (22), he said the Colombo will serve as the main city of that megapolis.

The Prime Minister stated that the most difficult task of creating such a megacity is taking the start.

Wickremesinghe said that no matter what anyone else says or claims to have developed Colombo, the city was developed by Minister Patali Champika Ranawaka and the Ministry of Megapolis and Western Development.

The PM added that the vision and concept of creating a megapolis was introduced for the first time by the incumbent government and that no one else had come up with it before.