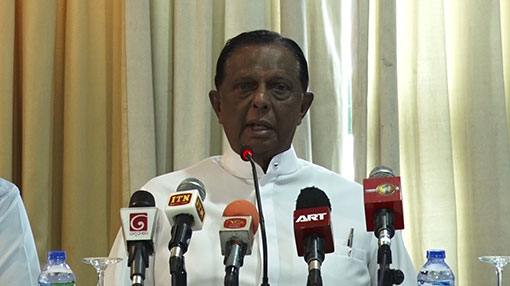 Emergency to be lifted in Sri Lanka next week?

Sri Lanka’s Tourism Minister John Amaratunga says that he believes that the state of emergency, which has been in place in the country since the Easter Sunday terror attacks, will finally be lifted next week.

He stated that Sri Lanka is now regarded as a safe destination and that the security forces have repeatedly certified that the country is now safe for tourists.

“The only unfortunate thing is still the emergency is continuing because investigations are going on.”

“I think next week or so the emergency will be terminated,” he told reporters in Colombo today (22).

He stated that after the state of emergency is lifted, the large groups of tourists that are to come to Sri Lanka will start arriving.

Amaratunga said at the moment because of the emergency there is a bit of restrain on the insurance for the tourists who are traveling to Sri Lanka.

Nevertheless, he said that tourist arrivals are picking up and there should be no hesitation that the final numbers that arrive at the end of the year would come to over 2 million despite of the disruptions the country has faced.