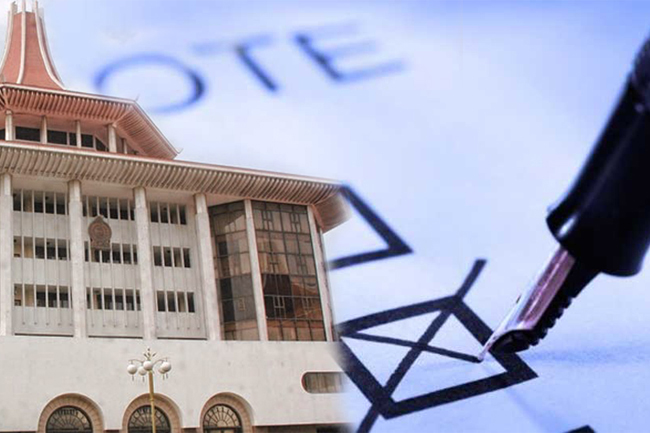 The Supreme Court has commenced the hearing on President Maithripala Sirisena’s reference application seeking the opinion of courts on holding the Provincial Council (PC) election without the Report on Delimitation of Electorates, says Ada Derana reporter.

The reference application was taken up before a five-judge bench of the Supreme Court consisting of Chief Justice Jayantha Jayasuriya and Justices Buwaneka Aluwihare, Sisira de Abrew, Prasanna Jayewardene and Vijith Malalgoda today (23).

At the commencement of the hearing, the Chief Justice told the court that 13 written submissions have been handed over by various parties with regard to the President’s reference application on the Provincial Council elections.

President’s Counsel Sanjeewa Jayewardene, speaking on behalf of one of the parties, said the report on the delimitation of the boundaries of provincial councils was defeated in the Parliament by 139 votes.

Hence, Speaker of Parliament Karu Jayasuriya has appointed a five-member committee chaired by the Prime Minister to revise the report on the delimitation of electorates, the President’s Counsel told the court.

He pointed out that the President, disregarding the parliamentary procedure and the law, has sought the opinion of the Supreme Court on holding the PC elections in the absence of the delimitation report. Further presenting his submissions, he added that this is a matter of serious concern.