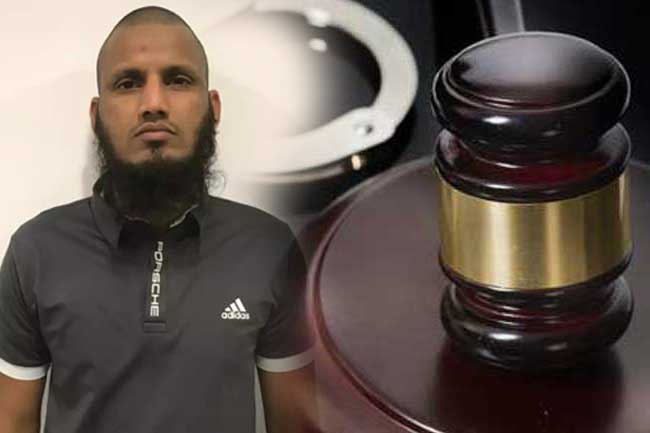 When the case was taken up before High Court Judge Gihan Kulatunga this morning (23), the accused had pleaded guilty to the charges, Ada Derana reporter said.

Accordingly the court sentenced Kanjipani Imran to six years rigorous imprisonment - three years for each charge of possession of cannabis and trafficking.

The Attorney General had filed the case against the defendant for the possession and trafficking of 5 kilograms and 300 grams of cannabis on September 13, 2018.

The notorious underworld figure was arrested along with the drug kingpin “Makandure Madush” in Dubai during a raid carried out on a party which involved drugs on February 05.

He was arrested by the CID after being deported back to Sri Lanka on March 28, 2019.