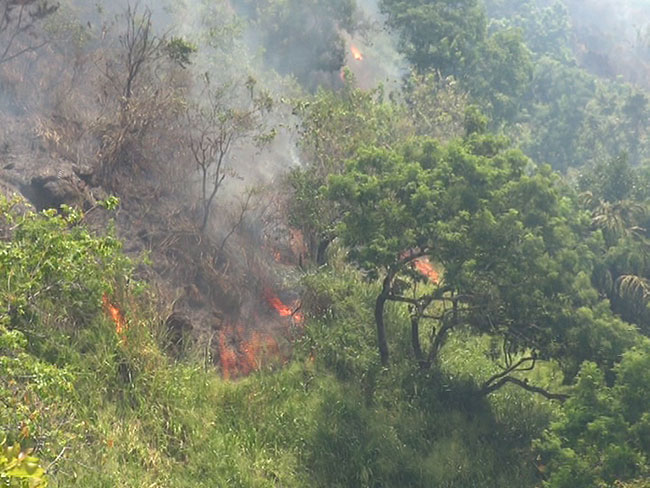 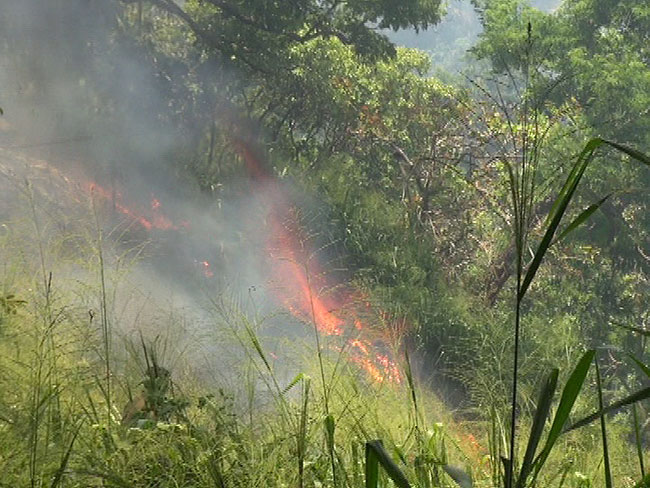 The forest fire which has broken out at the Ella Rock Mountain Reserve continues to spread in some regions, according to the Disaster Management Center (DMC).

The fire had broken out in the forest region of Ella Rock last evening while officers from Ella Police, the DMC, the Wildlife Department and residents in the area had commenced operations to control the flames.

Around 20 acres of the reserve had been destroyed by the fire within yesterday (22). However, police said that presently the fire is continuing to spread aided by gusty winds.

Meanwhile a fire had also broken out in the Maragala Kanda forest reserve last evening while it was brought under control following a joint operation by the DMC and the military personnel.

The fire had reportedly destroyed around 30 acres of land in the reserve.

Environmentalist and Attorney-at-Law, Jagath Gunawardana, says that these destruction will have short-term and long-term implications on the environment.