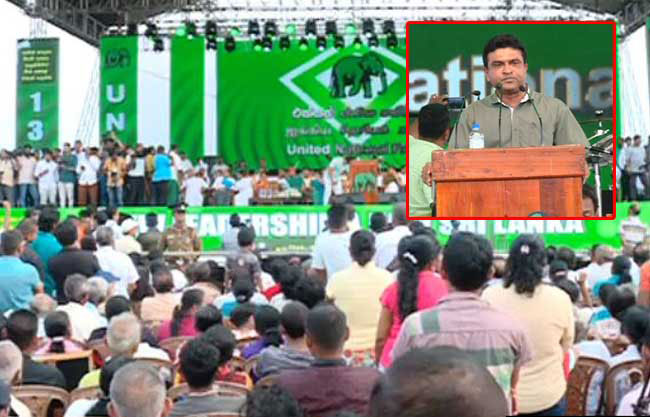 UNP rally in Matara kicks off

The United National Party’s public rally organized in Matara with the participation of UNP Deputy Leader Sajith Premadasa commenced a short while ago.

Sports Minister Harin Fernando stated that the rally is being held in Matara today in order to support the party’s deputy leader Sajith Premadasa.

He stated that the event was organized on the demand of the party’s supporters and local politicians representing the party and that it will be a grand success.

The rally has reportedly been organized by Minister Mangala Samaraweera.

Minister Sajith Premadasa has openly expressed his intention to contest the forthcoming Presidential Election, but he UNP is yet to announce its candidate.