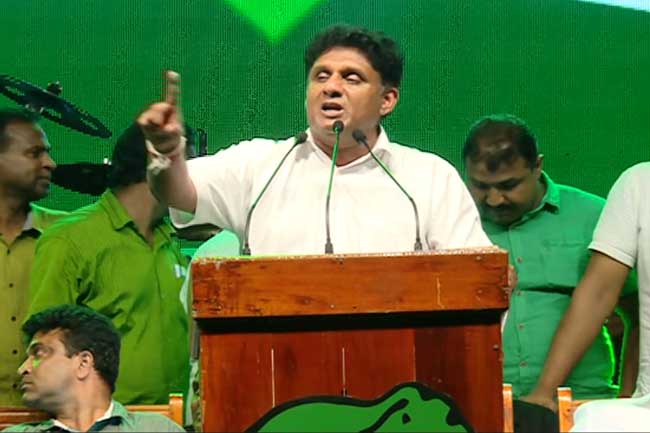 “No one should have any doubts in their hearts.” Sajith Premadasa will definitely contest the upcoming presidential election, the minister said, addressing the UNP’s rally in Matara.

He stated that they will implement the “Sri Lanka First” programme which will prioritize the country over everything else.

Premadasa also pledged to the UNP supports gathered and the people of the country that he will completely reject the “palace life” and that the public will not see him at “palaces”.

He said that the village’s central dispensary is more important to him than the “VIP’s bulletproof vehicle.”

The UNP deputy leader said that he is also like his father, he was born among the people, will be anointed among the people and that when he dies that too will happen while hand-in-hand with the masses.