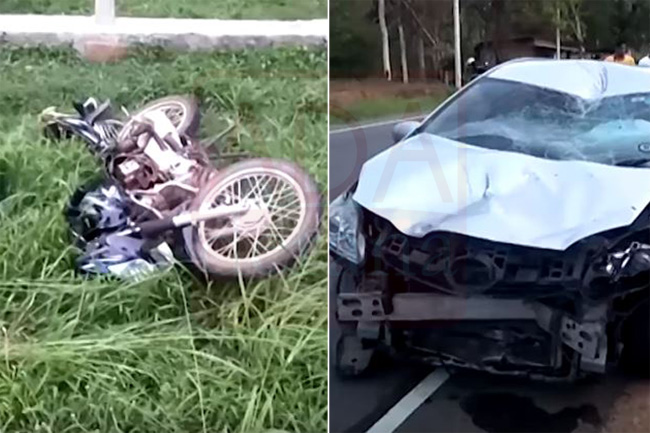 A person has sustained critical injuries in a collision between a car and a motorcycle at Marungoda area in Anamaduwa.

The accident has taken place on Nawagattegama-Anamaduwa road yesterday (23).

The car in question, en route to Anuradhapura from Vennapuwa had collided head-on with a motorcycle.

The motorcyclist, who sustained critical injuries in the accident, was initially admitted to the Anamaduwa District Hospital and transferred to Puttalam Base Hospital for further treatment.